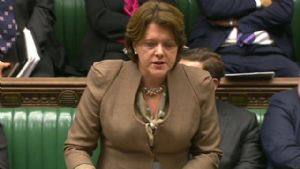 The main story that has caught my eye recently was the resignation of Maria Miller, the Secretary of State for Culture, Media and Sport.

A political storm had been whipped up over her expenses, with Mrs Miller accused of funding a home for her parents at the expense of taxpayers.

She was cleared of this allegation but told to repay £5,800 of the expenses she had claimed.

The criticism had begun to grow as a result of the brevity of her 32-second apology, which was deemed insincere. There were also accusations that one of her aids was threatening to a journalist who attempted to investigate the story.

She had started the week with the full support of the Prime Minister but was forced to resign just eight hours before prime minister’s questions.

I think there are some excellent lessons for us within this story.

1. Allegations of members of parliament fiddling their expenses was described in the media as a ‘toxic issue’. As soon as your name is associated with a toxic issue it is very difficult to escape, even if you have been found not guilty. There will always be a lingering feeling in the mind of members of the public, who assume you got off on a technicality. For celebrities and other people within the public eye toxic issues include paedophilia, underage sex and racism. A number of British high profile names have found the impact enormous in terms of fighting the allegations and in loss of reputation. Do you understand what toxic issues there are in your organisation/market sector? Have you taken steps to make sure that you are not accused or associated with them and have plans in place for fighting the allegations if they occur?

2. Those of us who have children often ask that they apologise to another child or adult when they have done something they should have not done. We then chastise them for not making a sincere apology. In this case Maria Miller’s apology was very short and was felt to be half-hearted. Apologies, if they are to be effective, need to be genuine and the public and the media very quickly see through a reluctant apology. While researching the subject of apologies I picked up on the 4Rs, which I found to be useful:

• Remorse – where they actually say sorry

• Repetition – where they will stress they will not repeat the offense.

3. When the story first started to be reported by the newspapers it was alleged at an aide of Maria Miller ‘threatened’ the papers, by saying that it was not in their best interests to run the story. Mrs Miller was responsible for drafting new laws on press freedom and implementing the recommendations of the Leverson Inquiry. This added further fuel to the fire, as the papers hate to be threatened and this gave them a further excuse to add to the story. In doing this the aid probably felt as if she was doing the right thing by defending her minister. However we must be careful about people interfering with the media and making things worse, no matter how well meaning they are.

4. One of the interesting comments I saw on this case was someone remarking that Maria Miller should have considered the worst-case scenario. The worst case scenario for a politician is to upset their constituents and so when the next election comes along they are either not selected or lose their seat. Constituents who were interviewed said they would vote her out next time they voted. Would she have been better to quietly resign her Cabinet position at the beginning when this came into the public eye? That way she could have perhaps kept her seat safe but this media storm has jeopardised her being re-elected. Always think worst-case scenario and is it better off to take a minor setback, which you can come back from, rather than lose everything?

In other news our thoughts are with those who have been affected by the Korean ferry sinking.  As I am writing this on the ferry from Oban to the Isle of Coll this story seems particularly poignant.