Good Emergency Response . . . It Is Possible! 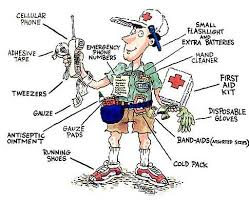 Last week, I missed the news that yet another cruise ship had set on fire – the Royal Caribbean ship, Grandeur of the Seas, had a fire in her stern and had to return to port. The cruise was subsequently abandoned.
I was searching the internet and came across an excellent article in the web edition of “The Baltimore Sun”, written by an Afghanistan veteran, describing his experience of the fire. On reading his article about the response to the fire, it struck me that it was almost a textbook response to an emergency.
His main points, which I think we should take note of and build into our plans, are:
1. Even though it was the middle of the night (2.30 am) and the fire was contained in the stern of the ship, the Captain, as a precautionary measure had all passengers go to their muster station and don their lifejackets just in case the fire worsened.

2. Obviously, the Royal Caribbean had learned from the Costa Concordia sinking and had made sure that all crew members knew their role in an emergency and could make the transformation from art gallery specialists to mustering and accounting for passengers. “We were shepherded to our muster stations calmly and efficiently, and the crew sprang into action. Cooks, dancers and art gallery specialists immediately began to get a by name accountability of every passenger. Waiters, housekeeping staff and blackjack dealers began to lower and prepare the life boats in case they were needed”.

3. The article went on to say, “Carpenters, electricians and plumbers valiantly donned fire fighting equipment and risked their lives to fight a raging fire for almost three hours”. It will not always be the case that specialists will be available on site in an emergency situation and therefore staff will have to use skills they have been taught in a training. Most workplaces have trained first aiders. However, are you, as the employer, accountable for getting your staff to be proactive and practise their skills with the view to being able to cope with a real serious injury, rather than the unpressured environment of the classroom?

4. When giving training, one of most critical tasks I continually aim to communicate is the importance of having the latest information on the incident, even if only to say there is no change. Again, the Captain’s response seems to be textbook. “All along, the Captain gave regular updates, keeping passengers fully informed about the progress of the fire fighting, the status of the Coast Guard, where we were headed, and how far we were from port”.

5. Royal Caribbean had learned the lesson of the Costa Concordia where the CEO of the parent company received criticism for his lack of visibility during the incident. Adam Goldstein, President and CEO of Royal Caribbean was filmed inspecting the ship with his Technical Director as soon as the ship docked and filmed apologising to the passengers.

6. The company was very quick in stating what compensation the passengers would receive using a simple formula that is easy to understand. Passengers are to be given a full refund and then a free cruise. Although this may not satisfy all passengers, it may probably satisfy most of them.
Most of the actions taken in response to this emergency are good, sensible responses which you can learn at any crisis management course. It is amazing though that in so many other emergency situations that these responses were not used.