Hypercomplexity: Which Incidents Should We Be Preparing For? 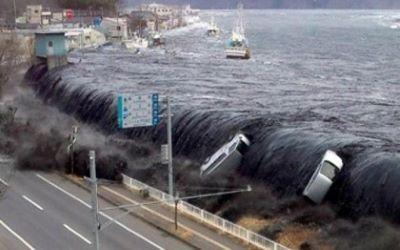 In this week’s bulletin, I discuss the idea of a hypercomplex world and preparing for different scenarios in it.

A few weeks ago, I wrote a bulletin on scenario planning and how under the new requirement of Operational Resilience for FCA and PRA, regulated organisations now have a requirement to determine ‘extreme but plausible scenarios’ to see if they would continue delivering their services if the said scenario occurred. This week, I will explore how we determine which scenarios we should be preparing for, and I will also introduce the idea of hypercomplexity. If we live in a hypercomplex world, can we anticipate which incident can affect us next?

I think these three events represent ‘traditional’ incidents that have taken place over the past few years.

These three incidents, for me, represent ‘traditional’ incidents. Since man has taken to the water in boats, they have been sinking, crashing, or going off course. Planes, trains and vehicles also crash and will continue to do so, they may occur less frequently, but it’s still a problem. Since the 90s, the UK has seen a dramatic reduction in train crashes, but they have not yet been eliminated. For example, last year, the derailment due to a landslide on a track in Stonehaven near Aberdeen resulted in the loss of three lives. The UK has spent a lot of money on flood defences nevertheless, every year, a town or a village gets flooded, and we’ll see pictures of ruined houses, businesses and people throwing their possessions in a skip as they have been contaminated by floodwater. Those who live in earthquake zones are very aware of the risks involved and have emergency plans in place should they ever get caught up in one.

Therefore, when we search for scenarios, we can look at ‘traditional’ incidents related to our location that may affect our organisation. This can be made more complex by climate change, which can cause weather disasters we have not dealt with in the past, such as floods and stronger storms.

I am currently doing the Institute of Strategic Risk Management’s (ISRM) level 6 course, and I have been reading about why incidents occur. In my reading, I came across the idea of hypercomplexity. The idea resonated with me, and I have embraced it. The concept is that our world is connected globally and is very complex. It is impossible to understand every connection. Incidents can happen in one part of the world and we might not even know about it, we are still connected to it and it may impact our organisation.

In the spring, I was looking at patio furniture for this summer and did a Google search. One of the companies I looked at had a big banner as you clicked on their website home page saying, “we have very limited stock at present as our new stock is in containers in the Evergreen, which is stuck in the Suez Canal”. Although I don’t know, I suspect that they had ordered stock from their manufacture in the Far East and didn’t have a clue on what ship their stock was travelling on until they rang up their supplier to ask where the stock was. In a similar situation, in 2011, I worked for a high-tech company on a product that regulated traffic through internet pipes and cables. Unfortunately, the flood in Thailand affected the factories that made a majority of the world’s hard discs. As a result, the high-tech company couldn’t deliver products to new customers and was forced to scour the world for high-end servers, in some cases they were reduced to buying servers in car parks out of the back of car boots!

As Fukushima in Japan was a major industrial manufacturing area, there was a ripple effect across the world as many components needed in manufacturing were very quickly unavailable. One of the impacts was that you couldn’t buy black cars worldwide. All car manufacturers got a key component of black paint from a single factory in the area, which had had to stop producing the component due to their factory being flooded by the tsunami. If we look at the present COVID pandemic in the UK, many organisations and our government had seen the pandemic as a risk and had plans in place, but they weren’t prepared for a lockdown and a stay at home message. The incident manifested differently from what they thought and therefore required a different response to what they had planned.

In a hypercomplex world, we don’t know where the next incident will come from or how it might affect our organisation. If we accept this, then our response should be to have a robust plan, well trained and exercised people who are responsible for our response. We have to accept that they will have to manage the incident without having any prewritten plans to provide them with guidance on response. If we write contingency plans for specific incidents or scenarios, the incident may not manifest itself as we thought, so our plan might not work in this instance. Don’t now go out and delete all your existing scenario specific plans as you may still have a ‘traditional’ incident, but accept you may have an incident you have not prepared for, and even the scenarios you have prepared for might not play out as you envisaged.