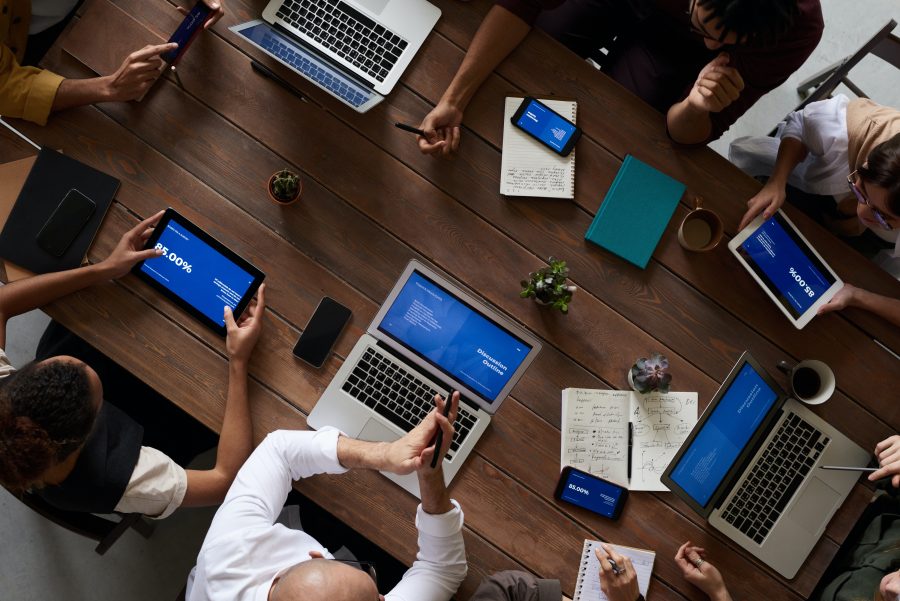 Need a more effective way of conducting video meetings in this new hybrid world? Charlie discusses the pros, cons and solutions for utilising Microsoft Teams within your team and company.

With most organisations adopting hybrid working, it is becoming more likely that incidents will be managed by a combination of people in the office and those at home. This itself leads to managing an incident over a video conferencing system. This week I share some views on how technology can be used to manage an incident in our brave new hybrid world.

When I first started as an Emergency Planning Manager at Anglian Water in 1995, one of my first tasks was to put together an incident management room. This room was set up at Graham’s WaterWorks about 5 miles away from the company’s headquarters. I wanted to have a dedicated room that was ready to go rather than have a cupboard full of equipment in one of the headquarters meeting rooms. As work was being done up to include a suite of meeting rooms this was an ideal opportunity to have a dedicated room. The room was to be designated the ‘Company Incident Room’ (CIR) which was a tactical team coordinating the response of a number of ‘Territory Incident Rooms’. Next door to the CIR was a room where the crisis management team met, but this was not a dedicated space, it just took over one of the meeting rooms. In my CIR I had boards on the wall, maps, a TV and video recorder for monitoring the media, a dedicated role desk with its own dedicated telephone number, a library of plans and contact numbers, and a safe for confidential documents.

Since 1995, not much has changed for many organisations. Some organisations have the luxury of a dedicated room, while many still have a meeting room with, if they’re lucky, a cupboard full of equipment with a whiteboard or two and a flip chart. Before COVID some teams were moving their incident team meetings onto rudimentary video conferencing or letting a couple of people dial in either on speakerphone or video conferencing. This was not really part of a strategy, however if they worked in another office or location, dialling in definitely made it easier.

Since COVID we have all learned how to use video conferencing, teams have developed etiquette for participating, learned how to make decisions over it, honed the ability to work from anywhere and successfully managed organisations over it.

Last week I ran a SIMEX for a bank crisis management team. Their team was mainly situated in a meeting room within the bank with a number of people on Zoom taking part in the response. There were a number of issues I noticed due to taking a meeting over a video conference:

Since the meeting, I have been thinking of a number of ways we could respond to these issues, how they could be improved, and how to manage an incident over video calls.

Below are my thoughts:

I have yet to set up an organisation with Teams to manage an incident, but I have suggested the idea to a number of them. I am not the only person to have this idea, so I think in the future we will see a number of organisation’s managing incidents in this way. I would be interested in hearing from anyone who uses Teams at the moment and how they use the system.