Trump Press Conference – What can we learn? 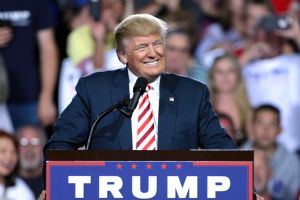 After watching the news coverage of Donald Trump’s recent press conference, Charlie looks at the President-elect’s communication style in relation to business continuity.

On Wednesday night’s news (11th January 2016) there was wall-to-wall coverage of the Trump press conference. The President-elect was asked questions about an intelligence dossier containing lurid sex claims and allegations of compromising ties to Russia. As ever, I wondered if there were any lessons that we could take from Trump’s performance during the conference and the way in which he handled the press.

I have been in many institutions (schools, armies and large corporations) and it amazes me how the personality and behaviours of the Headmaster, Commanding Officer or CEO very quickly become reflected throughout their organisation. If they like throwing their weight around the managers underneath them will adopt a similar style. This is never consciously done but rapidly becomes the norm.

As we know Mr Trump has a very combative style, he is thin-skinned and alleged to have a very loose relationship with the truth. Perhaps in the future we will see a similar robust style from CEOs when they respond to incidents through press conferences. They may be more combative in response to the press who are accusing them of telling half-truths and peddling ‘false news’.

In the past it was not the incident which brought down individuals and institutions, it was the cover up and the lies they told which was their downfall. Many commentators would say that we are in an era of ‘post-truth’ and as long as your key stakeholders believe what you say, then that is all that is important, not whether it is true. We do not know whether this strategy is successful in the long run. It has worked for Mr Trump so far, but only time will judge its success as a strategy.

Trump has been brilliant at understanding his support base and adept at tailoring his tweets, speeches and actions to appeal to this base. As a figure he is very polarising, but as long as he keeps his loyal fans, he can say and do things with impunity, upsetting non-Trump supporters along the way.

Apple has a very loyal brand base and when they bring out poor products, such as their first version of the map app, they receive very little criticism and suffer very little brand damage. I think as a business continuity manager you should have a thorough understanding of your organisation’s loyal fans, why they love your organisation and what actions could turn them against you. Once you have lost your brand loyalty and support, your chance of surviving may be slim.

We have talked about the power of social media and its ability for organisations and individuals to speak directly to their stakeholders, cutting out the filter of the press. I have started following @realDonaldTrump on Twitter just to see his latest pronouncements and receive this information at the same time as the media. If your organisation doesn’t have a social media presence, it should be developed and regularly used to build an audience. In the same way that Mr Trump uses it to speak to his followers, perhaps you should encourage your CEO to regularly tweet so that he can speak directly to your interested parties such as customers, staff, the public and suppliers.

There has been a great deal of media coverage of the President-elect not initially believing that the Russians interfered with the USA election and he is still at odds with the USA intelligence community. Being a trusted advisor for senior people takes time, a track record and a degree of chemistry. As business continuity managers, we should be seen by senior people within our organisations as experts in our field and to be taken seriously. If you haven’t got this trust now, you should think about how you can start to build it.

We live in an interesting time and nobody knows whether the Trump Presidency will represent a paradigm shift in how public figures behave. It may lead to a different type of politics, which we will have to adapt our incident response procedures and structures to. Or perhaps the Trump Presidency will be seen as a one-off and the present conventional wisdom of how to manage crises will prevail?