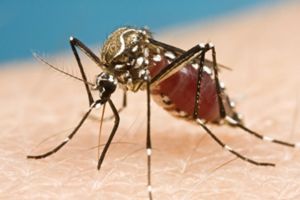 I first wrote about the Zika virus earlier this year in January. In this week’s bulletin I revisit the subject, highlighting what Business Continuity Managers should be aware of within their organisations.

This week I thought I would write about the Zika virus as you occasionally hear something about it in the news. As we in the UK are not affected by it, it is not a big story. I suspect that it is front page news in places that have recently had their first few indigenous infections, with people being infected by local mosquitoes rather than it being travel-related.

This follows a typical pattern of news as incidents are front line news in countries not affected by the event, but within 2-3 days it is replaced by the next incident. Only within the affected country or the local area do we see the ongoing coverage as they are still living with the consequences of the event. As we know with major events, organisations can be dealing with the consequences of an incident for 2-3 years afterwards, and they can affect individuals for a lifetime.

In Singapore, where Zika has recently arrived, the Strait Times has a section devoted to Zika on the front page, and has a map charting the location of those who have been infected by Zika. Strenuous efforts are being made to try and eradicate the Aedes mosquitoes which carry the virus.

When I travelled to Mexico a couple of months ago, there were posts all over the airport in Houston, Texas warning about the virus. There has been an outbreak in Florida with several people affected, and so the predictions are coming true that anywhere where the Aedes mosquito thrives, is sooner or later going to get a Zika outbreak.

Hosted by Everbridge, earlier this year in February, I took part in a webinar which discussed the Zika virus. The expert on Zika at the webinar was Dr James Logan, a Senior Lecturer within the Department of Disease Control at the London School of Hygiene of Tropical Medicine. It is well worth listening to his thoughts on the virus, as he describes very well the nature and the effects of Zika. Details of the webinar can be found here http://bit.ly/2cvtR0q.

Since we did the webinar, the understanding and cure for Zika has not really moved on. The one thing which has changed are the suggested precautions to take, as there is a greater understanding that it can passed on through unprotected sex. On the United States Centre for Disease Control and Prevention website, it advises men to consider using condoms or not to have sex for at least 6 months after symptoms begin. If they have had the Zika symptoms, and even if they have not, but visited a Zika infected area, their advice is ‘Men and Women – consider using condoms or not having sex for at least 8 weeks after returning from travel’.

As we have said in many bulletins, the business continuity manager should lead in horizon scanning for new risks to ensure that they are addressed within their organisation. So what should we do to understand the risk and make sure suitable mitigation measures are taken?

Zika is not likely to have a major impact on most organisations’ operations, but I feel our role as business continuity manager’s, is to ensure that all threats to the organisation are identified and that the organisation takes appropriate mitigation measures to deal with them.